“There was no possibility of taking a walk that day…” The weather today was just as described by Bronte in her book Jane Eyre. Of course, we did take a walk – at least Ben, Meg and I did, we had to. But apart from that one walk, it was a pyjama day. We stayed huddled in the van playing board games and we watched two films, Cinderella and The Wizard of Oz. 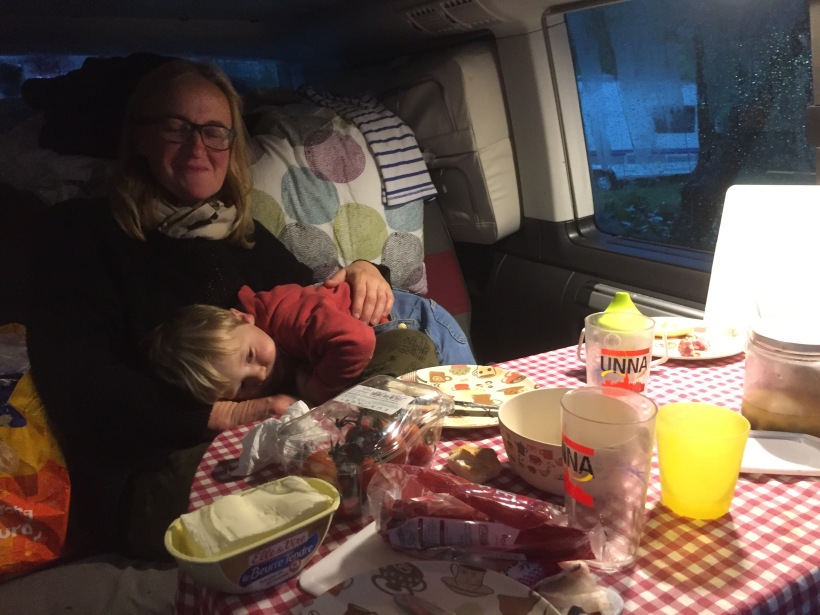 So rotten was the weather that we chose not to cook, but went to the campsite’s restaurant for pizza, which is every bit as good in San Marino as it is in Italy. Similarly, the bread in San Marino is every bit as bad in San Marino as we have experienced in Italy. We’ve now travelled in Amarillo through 21 countries (if we count Gibraltar) and have bought and eaten bread in most if not all. The worst three bakeries have been the three bakeries we have bought bread from in Italy and San Marino. An almost inedible croissant in Imperia that left a cloying fatty taste coating my mouth, saltless dry loaves in Monte di Fo, and now baguettes that have been baked like breadsticks in San Marino. Perhaps someone can advise on what we should be looking for in Italian and Sanmarinese bread – I’m sure it cannot all be bad.